Seven months ago I quietly started working on a new project: not an open source or side project, but a product and a company. It’s called Spectrum. 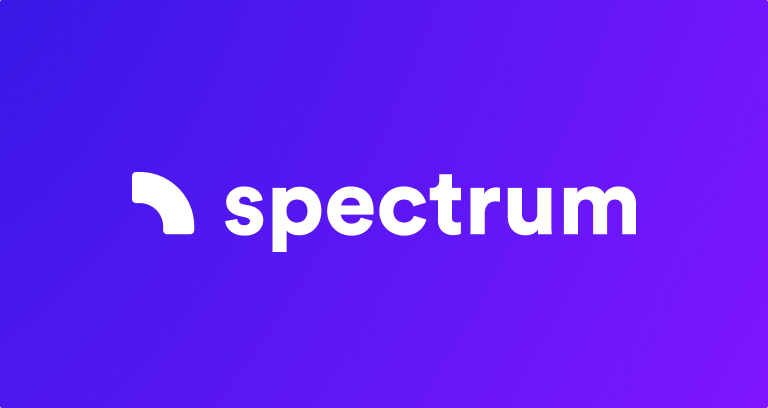 Soooo, what is it?

Spectrum is a new platform for you to join, start and build online communities. We’ve designed it with scalability in mind, creating tools that make growing and managing communities faster and easier for groups and businesses.

Today, there are very few choices when it comes to building your community online. More and more people are building theirs on platforms like Slack (and other IRC-alikes; Gitter, Discord, etc.), rolling a self-hosted forum, or starting a Facebook group.

I’ve been running large communities for my open source projects on these platforms for years, and have personally felt the pain of managing discussions with hundreds and thousands of people who contribute from all around the world. Even when everything is as carefully organized as can be things start to break down as these groups grow:

I’m not building Spectrum on my own: I’ve been working on this with my two good friends, Brian and Bryn.

During the past two years they have run a podcast network called SpecFM and hosted a Slack community for all of their listeners. As the community grew (the Slack team had 9,000 members!), they realized that Slack just wasn’t the right place for it to live—conversations were getting lost, people were talking over one another, and it was a constant game of whack-a-mole with notifications.

After investigating all the other products and options, they realized that nothing quite fit their needs for having productive and engaging conversations with so many people from all around the world. So they set out to build a new space for the SpecFM community.

As Brian and Bryn built their first MVP of the new SpecFM platform, other people started describing their own painful experiences of growing communities on tools like Slack or Facebook.

That’s when they told me about their idea, and I realized this was something I need for my communities too! It became clear that this could be so much bigger than an one-off side project. We have the chance to build a platform to equip any group or business with the right tools to manage and grow their online community.

Based on our own experiences, and those of all the groups we’ve worked with and talked to, we approached the problem heads-on and built Spectrum differently, tailor-made for the purpose:

We’ve been building Spectrum for the past seven months, first as a public alpha for friends and family and then as a public beta with the SpecFM community as our test bed. It’s been seven exciting months and I’m proud of how far we’ve come in this short amount of time.

People have also started experimenting with the Spectrum format, for example Sophia Pang who created the Tech Tea community to provide important context and kick off in-depth discussions around recent tech news.

A great example of a thread is this discussion about resumés and how to improve them — the conversation lives at a shareable link, indexed on search engines for people to discover, contribute to and share. The thread is not locked up in a real-time feed of chat; instead, people can join the conversation at any time in the future and chime in with new thoughts, all without losing the original context.

Hop on the explore page, find some topics that interest you and come chat; if the community you’re looking for doesn’t exist create a new one, we’d love to have you!

We’ll write more about this soon, but since I’m otherwise going to get a ton of questions about our stack: the frontend is a server-side rendered and code split React app (build with styled-components of course) which gets the data from a homegrown GraphQL API.

We’re heavy users of the entire Apollo toolchain, using graphql-tools and graphql-server-express on the backend and Apollo Client on the frontend. All of our real-time functionality is also implemented via GraphQL subscriptions.

While our frontend is well set up and quick (except for bundle size optimizations), our backend could use some performance improvements, which we’re working on. Try running a WebPageTest audit on spectrum.chat/styled-components and see for yourself!

On a last, more personal note I have to thank Thinkmill. Being employed to work on OSS was an amazing experience and I’m ever grateful to Jed, Boris, Sharkie and the whole Thinkmill crew for the opportunity to do so for a year. I learned a lot and had so much fun doing it!

That’s it folks, talk to you on Spectrum! ✌️

Be the first to know when a new article is posted and get an inside scoop on the most interesting news and the freshest links of the week. (I hate spam just as much as you do, so no spam, ever. Promise.)